The oils for frying in a healthier way 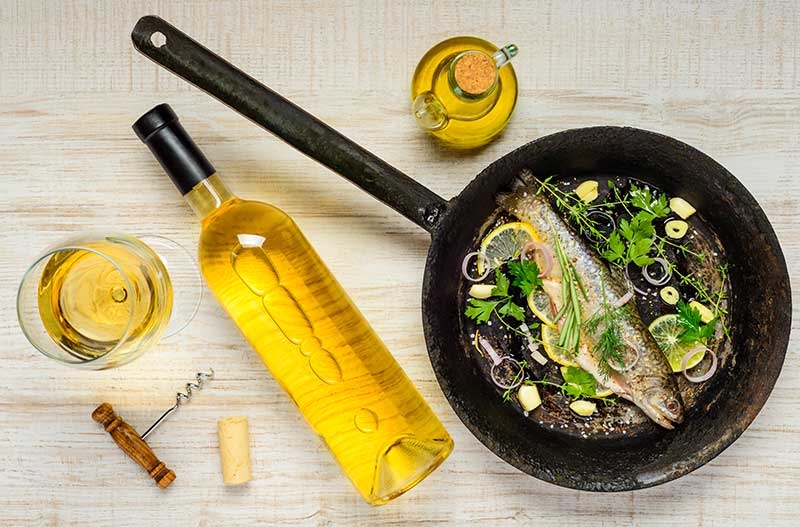 Sandua has a special range of oils for frying 100% healthy, free from vegetable fats such as palm oil and derivatives like coconut, peanut or soya. This Spanish company has an own laboratory to carry out stress tests to the oils so that they can withstand high temperatures, as well as reducing unpleasant odours and smokes and conserving the good condition of fried food.

This range of special oils for frying includes the Double Performance oil, Maximum Performance oil and High Oleic Sunflower oil. Sunflower Oil is one of the richests in linoleic acid, which is essential for health; oleic acid that regulates cholesterol and E-vitamin, which is beneficial for the Prevention of Cardiovascular Diseases.

After the completion of the olives harvest season that takes place between October and March in its olive groves in the North of Spain, Aceites Sandua gives a very positive account because “the oils from this harvest are of a high Quality, “because of its balance, stability, aroma and flavour”, explains the General Manager of the company.

“This is due to the weather, which has been very favourable, with a warm, dry and lengthy summer that has been conducive to the optimal growth and maturation of the olives. 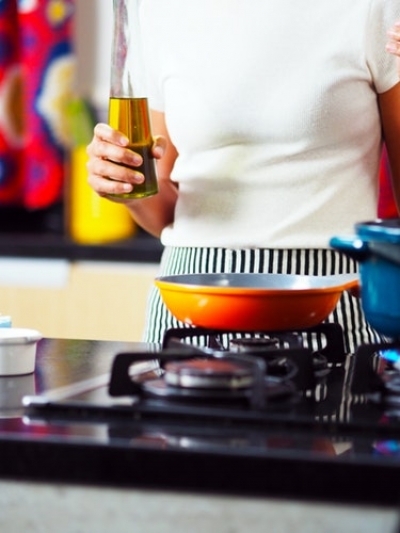 Use a deep frying pan, so that the oil splashes inside the frying pan and not outside.

Do not let the oil smoke because it spoils and can’t be reused.

Add salt to the oil in order to prevent it from splashing when frying an egg.

Use special lids for frying, with holes for the vapour to escape. 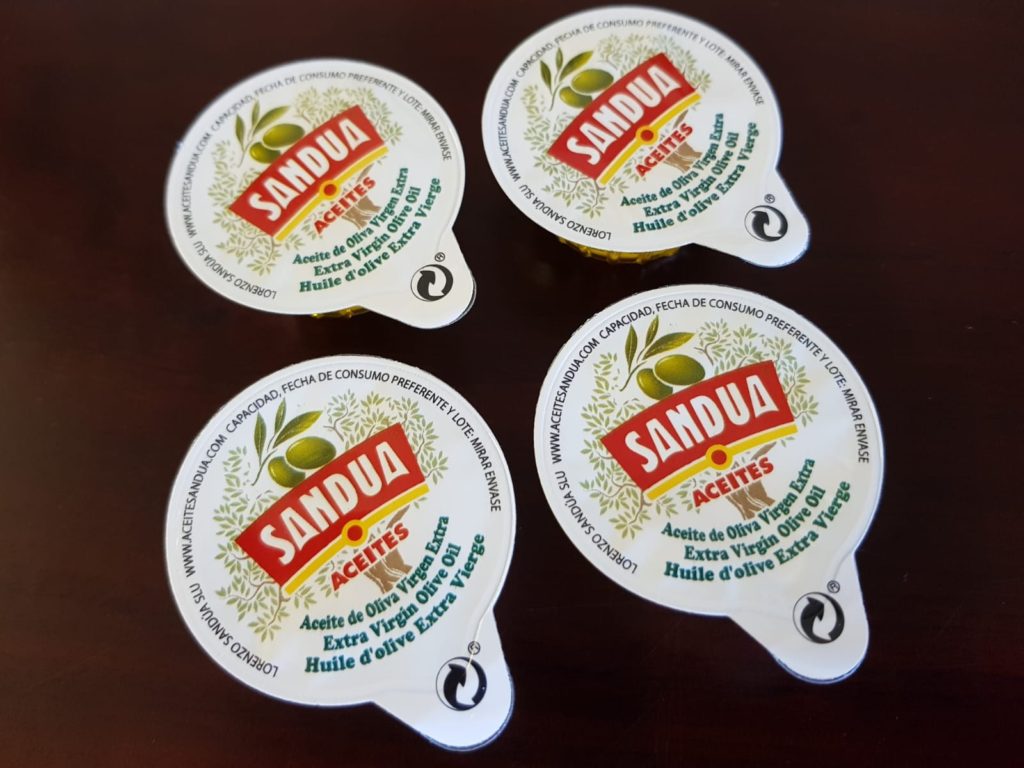 With easy-opening, they are ideal for the catering Industry and the mass catering and you can always take them with you wherever you go. 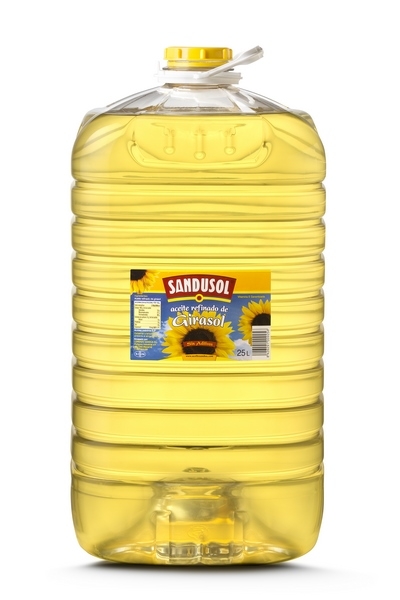 Sandua has adhered to Sectoral Prevention Plan of Ecoembes in relation to the redesign brought off in its line of Pet bottles that improves the packaging and transportation of the oil, resulting in a reduction of CO2 emissions. 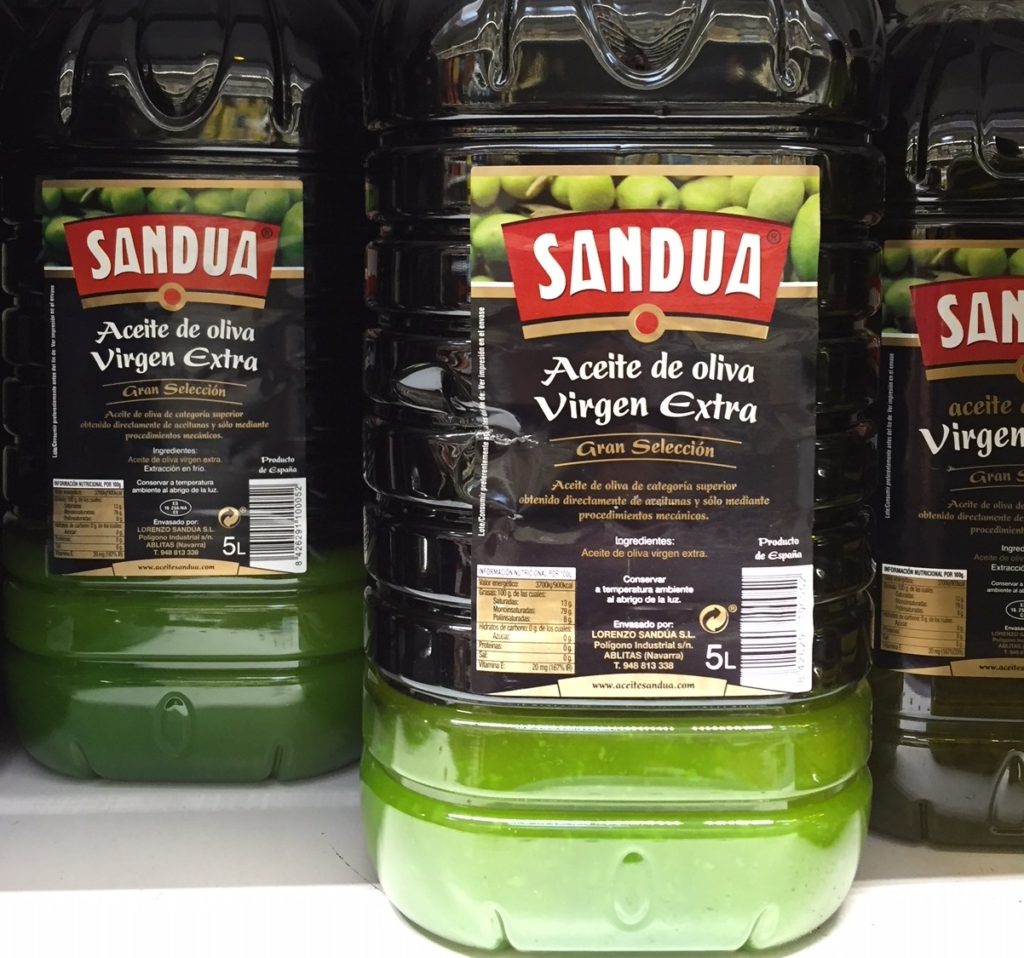 Like any other natural product, the oil also freezes at low temperatures, having an aspect of wax balls. However, it does not lose any of its qualities and it does not spoil. In order to return to its normal liquid state you simply have to increase the temperature to about 20ºC. 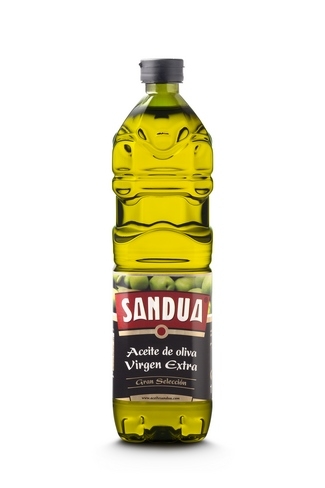 Aceites Sandua has updated the whole Pet Bottles line in order to give them an square format. This delivers a qualitative improvement in handling, transportation and space-saving during it. Furthermore, the bottles colour has been darkened with the objective of preserving the oil from the light and under optimal conditions. 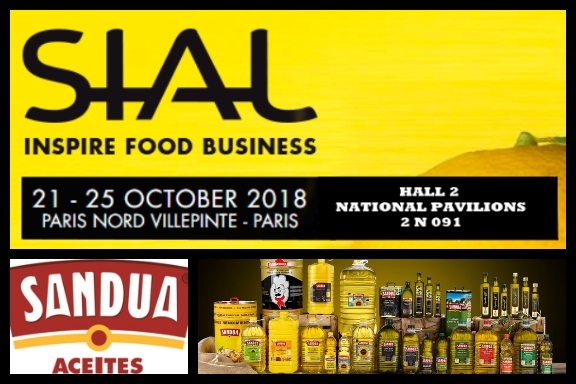 Aceites Sandúa will be present at the SIAL fair, one of the largest international events in the food and beverage sector, which takes place in Paris from October 21 to 25.

Sandúa comes with its own stand to this biennial exhibition, where more than 70,000 exhibitors from 109 countries around the world will gather. According to the data handled by the organizers, 160,000 people from almost 200 countries are expected to visit during this edition. Figures that exceed those handled in the previous edition, corresponding to 2016.

Ingredients: Strong, sourdough flour, 150g of SANDÚA EXTRA VIRGIN OLIVE OIL, 70g of whole milk, 20g of rum, 20g of sweet anise, 20g of orange blossom water, 140g of sugar, 20g of honey, 2 whole eggs, the zest of an orange and a lemon (only the coloured part, the white part is bitter), and a pinch of salt.

The Japanese like Spanish olive oil. For the second consecutive year, the Spanish virgin olive oil remains the most consumed in Japan, according to the report by the Institute for Foreign Trade (ICEX) on Olive Oil Market in Japan, recently published.

The Asian market certainly represents a major challenge for exporters, because their level of dependence on imports reaches 100% of consumption.